Back
TOP > About Hyogo University  > Message from the President

Hyogo University’s founding spirit of Wa (“harmony”) has remained unchanged since the University began. Wa refers to relaxed, friendly relations with each other, and through practical learning based on human education grounded in this spirit we have sent numerous graduates into society as highly trained professionals who possess human warmth and overall ability to communicate and collaborate with others.

Our educational goal is to train professionals who will combine human power with applied skills. Through enriched specialized education and general education along with practical learning grounded in practice in the field, we convey broad-ranging cultivation and specialized knowledge and skills, training human resources who will be able after graduation to continue to build on and put to use the knowledge and skill they have acquired. We also expect our students to be human beings with the feelings and characterｓ capable of understanding others at a heart-to-heart level.

At the same time, we consider ourselves a community-based university. We are deepening our ties with the local community in a wide range of areas, including providing lifelong learning for the residents of a diverse range of ages. As a university with roots in the community, we want to be an institution where students meet with local residents to think about various issues, learn, and grow together, and consequently a university whose growth can be willingly supported by the community. 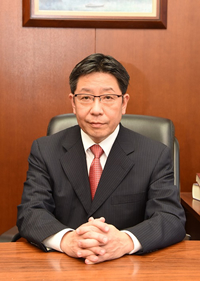